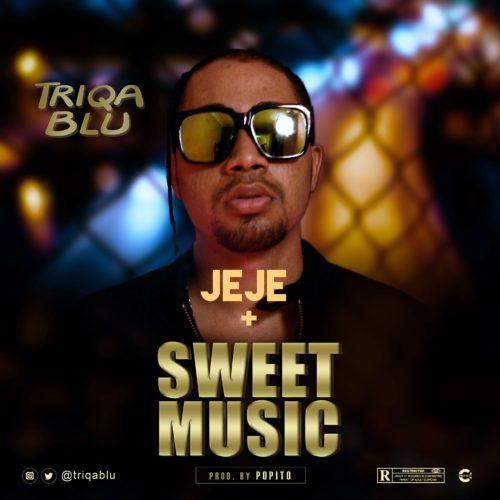 Fast rising act Triqablu, A 23-years-old music artist whom real names are “Ochonma Blue Chukwuemeka” hails from Abia State, Arochukwu LGA, He is a 300 level student of the university of Port Harcourt studying Business Management. The talented act is also a qauter-caste with Indian descent.

Triqablu started his musical career at 7 years old in Festac Town, Lagos when he joined the children choir in church and graduated into a more exposed music while in high school at the age of 14 years. He grew up with his mother and grandparents where he attended Nazareth Nursery and Primary school Festac Town, Lagos and Nigerian Navy Secondary School, Navy Barracks, Ojo, Lagos and currently now in the University.

Triqablu teams up with Superstar producers “Popito baron and Justeebeats” and business Tycoon “Investor Vincent Onyema” in creating his much anticipated debut EP titled “In The Blu Horizons” which covers a diversified range of Afro genres and is bound to be released on the 9th 0f January, 2020.

And a bonus track titled: Totorimi

Listen to “Sweet Music” produced by Popito below

And and the fourth track “Jeje“

Triqablu also drops the official music video of one of the songs off the EP “Jeje” which was shot and directed by “Director Lavic” in Port Harcourt. The music video also begins airing on Youtube from the 9th January, 2020.